Uncensored: How to get around in Mongolia?

Are you pissed off wasting your time in a traffic jam? Or watching idiots driving wrong-way, when you are the only, who knows the right direction?

There is one ultimate solution for you — move to Mongolia. Heal your nerves among endless steppes covered with grass swaying to the rhythm of the wind. No more jams, no cars, no roads. However that’s not ultimately true for Ulaanbaatar. There rules are different… did I say rules?

Rules of traffic in Ulaanbaatar

Driving in Ulaanbaatar? In one word: avoid. The net of roads in capital is terribly small. All the traffic goes through city center. That’s where you can find a few asphalt roads. But the majority of existing roads are covered with gravel, bumps and holes. 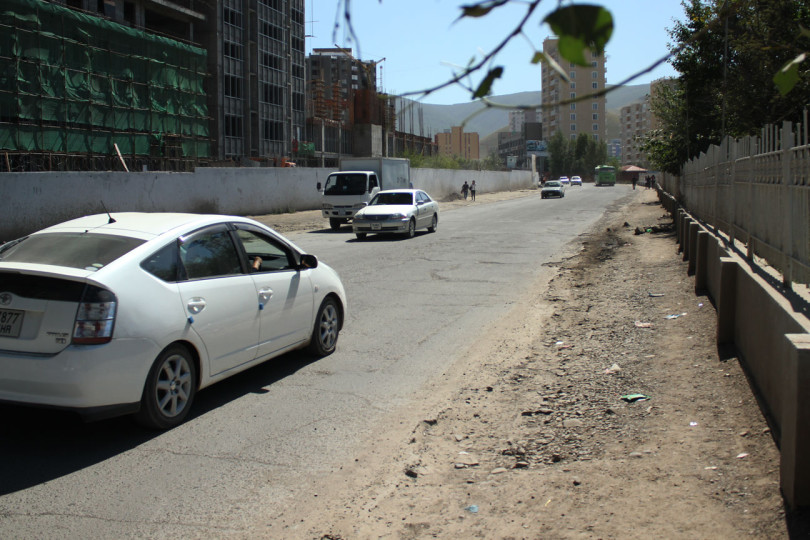 Such roads in Mongolia are considered as luxury. Not far from one of best tourist attractions – Winter Palace of Living Buddha.

Peak hours seem to be all over during a day. Cars and buses are staying in permanent traffic. Everybody is in rush, everybody is pissed off and everybody wants to go first. No matter if has a right to do so, or not. Drivers treat pedestrians like cones — maneuvering between them. Besides literally hundreds of policemen on streets, only one rule is valid — bigger has the priority. The biggest are usually buses, so watch them carefully and don’t try anything funny with them. 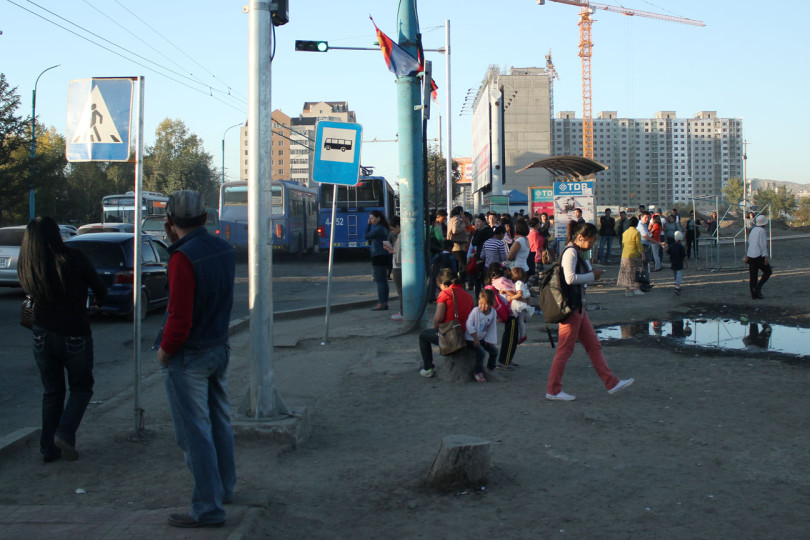 Typical dilemma: taking a bus or a walk? In bus — too tight, by foot — too far.

Wanna go for a bus ride?

Here is a short survival guide how to take a bus trip and get out alive:

Most of buses don’t get on the road after 9 pm. Check schedule of your line in advance if you don’t want to get trapped somewhere on suburbs at night. And no, definitely you don’t want to. If that happens you can try to catch a cab.

In taxi, what you pay for is your comfort, because in most of cases you won’t be much faster than regular bus. Getting out from the center in peek hours can take even 2 hours. At night the same route takes 20 minutes. On evening usually you don’t have a choice and you need to catch a cab. Prepare to pay around 20000 MNT for a ride lasting 5 bus stops. Expensive? 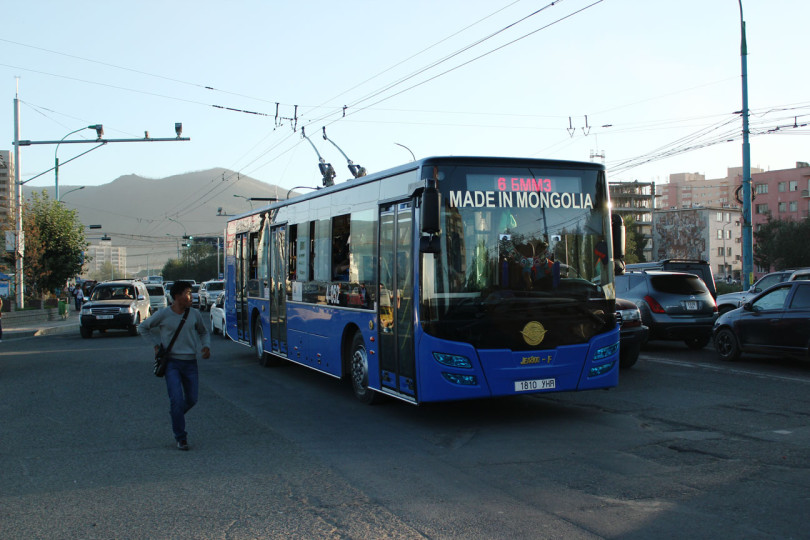 Mongolians already make trolleybuses for the roads once happen to be built here one day.

You can save half on fare using a private car instead. Most of cases you won’t have any choice, because regular taxis are hard to find. Getting into private car is quite risky, though. Never get into the car with two or more people inside. Always negotiate the price for a trip in advance. Watch carefully the road ensuring, that you are going in the right direction. It’s worth even to write car’s numbers and let know somebody at the destination, that you are on a way in that particular car.

And use only written address in Mongolian or simply point it on the map. There is only a little chance, that the driver will understand English.

Going out from Ulaanbaatar

First check if the destination you have chosen is really accessible. Ask Mongolians to help you and than decide to take a train, bus or rent a 4×4 car.

Railway network in Mongolia is very limited. It’s major route, a part of Transsiberian Railway, stretches from northern border with Russia to southern with China. There are a few minor branch routes, but none of them will help you access distant, rural places on west or east. Tickets for trains on a routes within Mongolia are very cheap.

It’s possible to find buses only to closest towns around Ulaanbaatar. If you plan to go further, try train or organize your own transport. 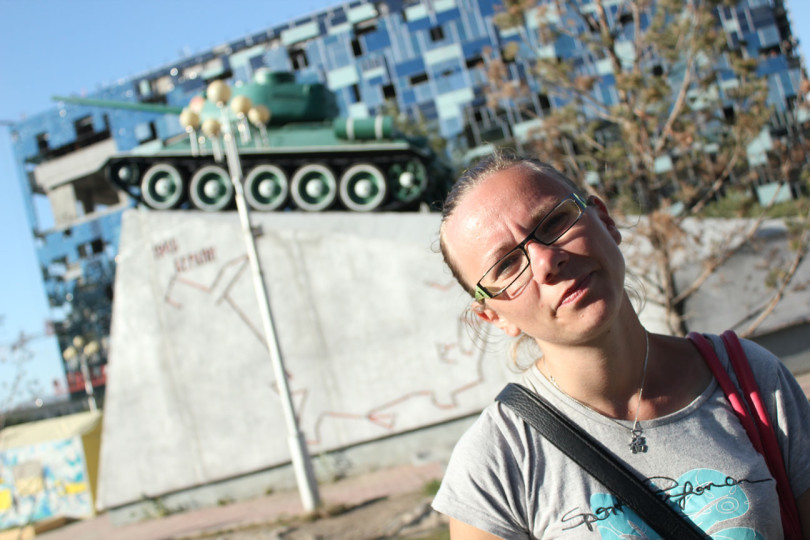 To sum up, tank is the best mean of transport in Mongolia. I keep waiting for guys from Top Gear to confirm my words.

Did you try to go in any other way? Renting a car, having an organized trip or maybe riding a camel across Gobi Desert? Let as know in a comment :) 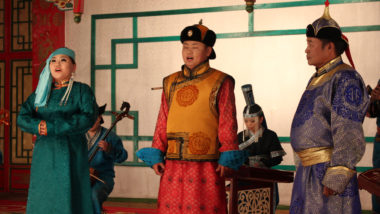